We’re big Anchorman fans at The Right Angle and very excited by the cast’s appearance on tonight’s Late Late. Apparently, our very own Bryan Dobson gets a standing ovation from the guys. 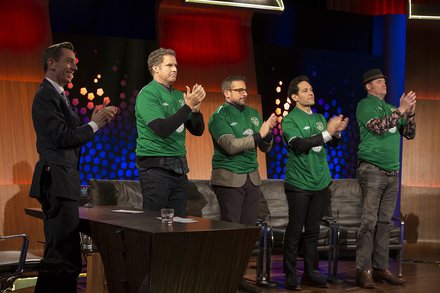 The promotional blitz around the movie has seen viral marketing reach what Variety magazine calls “pandemic proportions”. So much so, that the screen time Will Ferrell has chalked up promoting the movie in character, rivals his time in the film itself.

Catch a sneak preview of what to expect here…